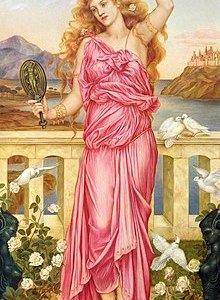 The Beautiful and much Maligned Helen of Troy!

Pandora's Box: Women in Greek Myths. Natalie Haynes chooses ten women in Greek myths whose stories have been told and retold, in paintings, jars, films, operas, musicals. She noticed that major women characters in the original versions became nonexistent or pale shadows of themselves as time passed and with each retelling. She retells the story of ten Greek mythical women, delves into ancient texts and foregrounds them.

Random musing, personal funny stories, book reviews, art as seen thru the eyes of a novice and brief observations on the economy and society. Also see YouTube channel https://www.youtube.com/channel/UCgvZUsA6fcZ_lIsfpNc8j9Q/ My travelogues across the world, with a lot of colourful ‘iphone photo shoots’, are on a separate Blog: https://unnilogstravel.wordpress.com/
Loading Comments...
%d bloggers like this: